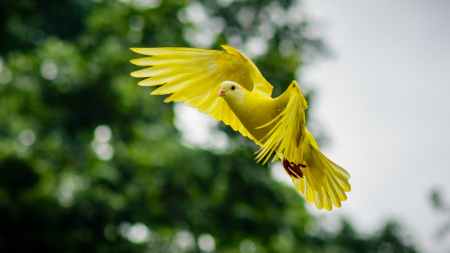 When you come to the end of all the light you know, and it’s time to step into the darkness of the unknown, faith is knowing that one of two things shall happen: either you will be given something solid to stand on or you will be taught to fly–Edward Teller

In March of 2015, I was in the morning session of a conference listening to a message by Dr. Brian Johnson, President of Tuskegee University.  He spoke about the differences between eagles and doves.  His title was “Connected to Trajectory:  Fly High Like the Eagle and Low Like the Dove”.  His scripture reference was Isaiah 60:8–“who are these who fly like a cloud, and like doves to their roosts?”  He continued to describe the behavior of eagles and doves:

– Eagles fly alone and with great vision for the benefit for the whole nest
– Doves fly low and go unnoticed
– Eagles circle to go higher; the circles are for great depths but they take you to great heights
– Doves work well in pairs/partnerships
– Eagles have broad, wide and strategic breadth
– Doves often fly in quick, fast and strategic flights
– Neither the eagle nor the dove are afraid of flight

TO LAUNCH A TRAJECTORY, YOU HAVE TO GO IN THE AIR!

As I meditated on Dr. Johnson’s message, thoughts began to form in my mind about starting a women’s ministry based on his analysis of the dove.  I began to search the scriptures for references about doves and one verse in the book of Psalm spoke to my spirit as a loud voice:

“Though you lie down among the sheepfolds, you will be like the wings of a dove covered with silver and her feathers with yellow gold–Psalm 68:13”

David wrote this because he noticed a dove who lodged among the pots that had been fired and the ash had cooled.  The dove had come for the warmth the pots provided.  While the dove was among the pots, the dove lifted, soiled and dirty; but when the dove arose from that place and mounted into the sunrise, the sun shone upon her wings and David said that she appeared to be covered with silver and her feathers as yellow gold.  Picture a dove, soiled and dirty among the pots and then mounting up into the sky, the reflection of the sunlight on her wings.

I was like that dove, lodging among the “pots”, dirty and soiled by sin, and yet when the grace of God took hold of my life, I soared up out of all that filth and dirt and became a new creation in Christ–that which was dirty, that which was unlovely became beautiful in the sight of God.  There is nothing more beautiful or more thrilling than a changed life in Christ!

Despite the fact that there are an abundance of churches, preachers and teachers, people are lost, disillusioned, hurting and confused.  They are seeking that which they cannot find and creating salve out of contaminated material.  Our hearts and minds are troubled and we have no peace.

This blog is for you!  I pray that you will journey with me as we soar with the wings of a dove!